To start off with, I'll need data to query. Openstreetmap's terms and conditions limit use of their servers solely for editing purposes. So instead of making these queries to their API, I'll be making them on a local dataset. Although my goal is to eventually improve the OSM dataset, I'd prefer to save them some compute on my behalf.

OSM data is available in a few different formats:

The .osm.pbf format uses Google's protobuf data format to serialize the data into a binary format. The disadvantage is that the data is not human readable, but that doesn't matter for my use-case.

The .osm format is an XML based format, which is human readable, but also more verbose.

OSM data is pretty big compared to the amount of RAM I have in my computer (16 GB). It's about 64 GB (in the more compact .pbf format) for a snapshot of the entire world. Downloading the entire planet would be overkill for my purposes, because I've only driven my car around a few states in the U.S.

To get the regional extract, I could either: 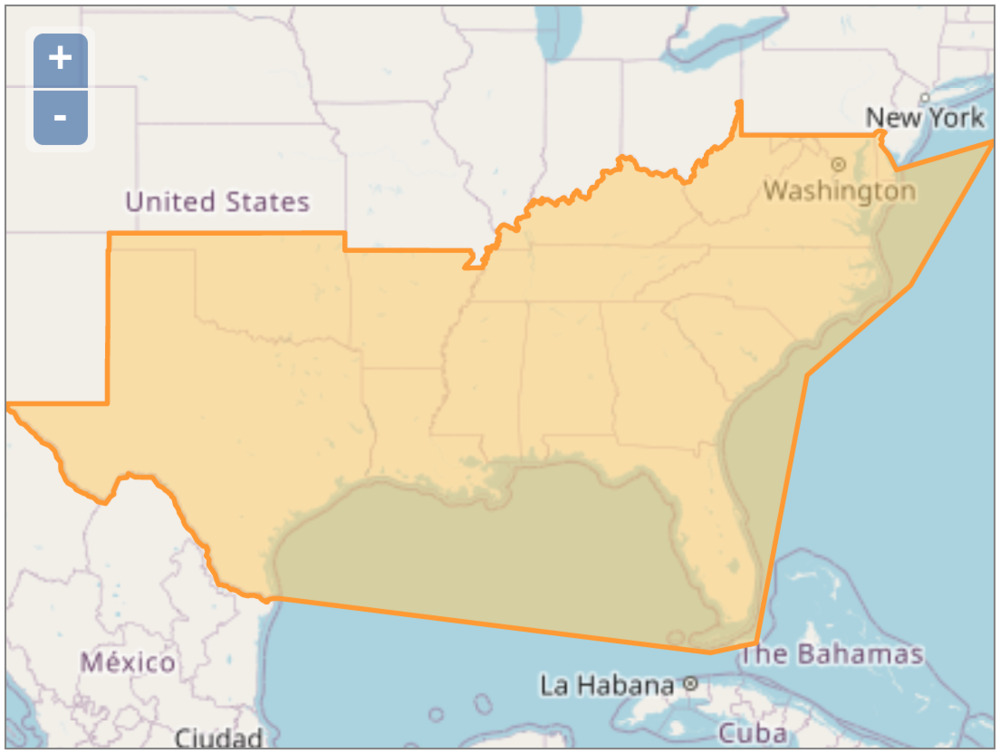 This dataset is only 2.9GB, much more managable for downloading and processing.

Now I had the data, but the binary .pbf format doesn't lend itself well to direct queries. After doing some research, I found a tool called osm2pgsql, which provides a simple CLI for extracting OSM data into PostgreSQL, a relational database.

The tool also required the use of an extension called PostGIS, which provides some geospatial capabilities on top of PostgreSQL.

To help set up PostGIS faster, I used the official Postgis docker image, within a docker-compose file. This allowed me to store the configuration needed for mounting the DB locally without much trouble.

This also allowed me to tune the PostgreSQL configuration as suggested by the osm2pgsql documentation.

Once I had PostgreSQL running with docker-compose up, I could run the command to import the DB.

This import took about 25 minutes to run on my machine. I attribute some of this slowness to the fact that my linux install is still on a hard drive, rather than an SSD, which would improve I/O speed.

Once I had the data, I was able to query the new tables that were imported:

I initially made the mistake of querying planet_osm_roads, but after reading the documentation, I realized the table only contains a subset of roads needed for rendering low-zoom tiles.

Instead of looking at planet_osm_roads, I used a query on planet_osm_line filtering for the highway tag, which is used to indicate roads.

This OSM ID can be used to uniquely identify a feature. It can also be used to generate a URL linking directly to the feature in the web editor.

For instance, the URL for Bailey Farm Road, near Statesville, North Carolina:

By default, osm2pgsql only imports a subset of all tags into the database. To add additional tags, I had to edit the "style" configuration file used, and re-import the data.

Adding the following line to the configuration file included the "maxspeed" tag, which denotes the speed limit of a road.

After re-reunning the import (which took another 25 minutes), I could query for speed limits in the database. Great!

To find the roads with the slowest speed limits: 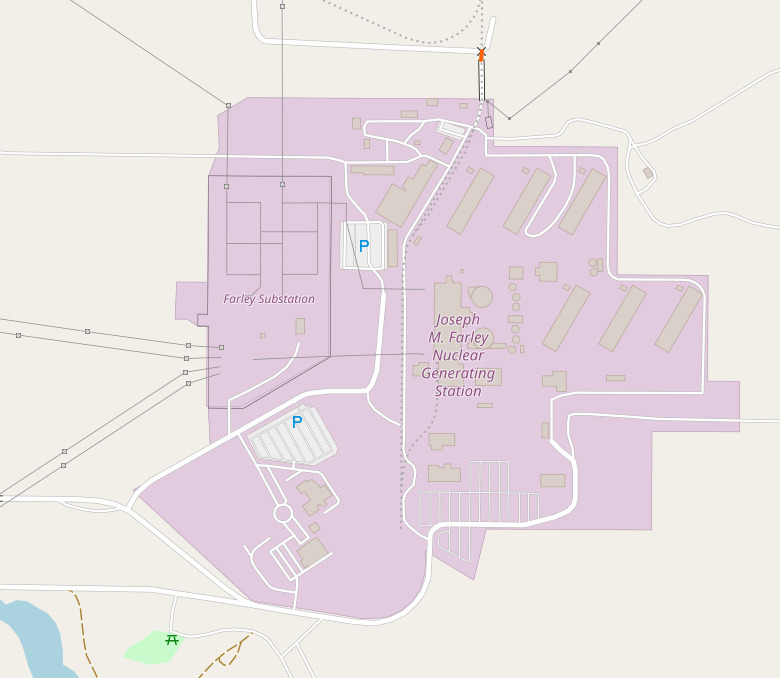 Finding the Nearest Road to a Point

This is where PostGIS really starts to come in handy. Out of the box, PostgreSQL can easily handle queries on text or numerical data, but if I want to efficiently run geospatial queries, I'm going to need PostGIS.

A Note on Projections

Also called World Geodetic System 1984 or WGS84, is a projection of points on a ellipsoid. It deals with units as degrees. It gets used by GPS.

Also called Web Mercator, is a projection of points on a flat surface (e.g. a map). This projection is used by Google Maps, Openstreetmap, as well as other map services. 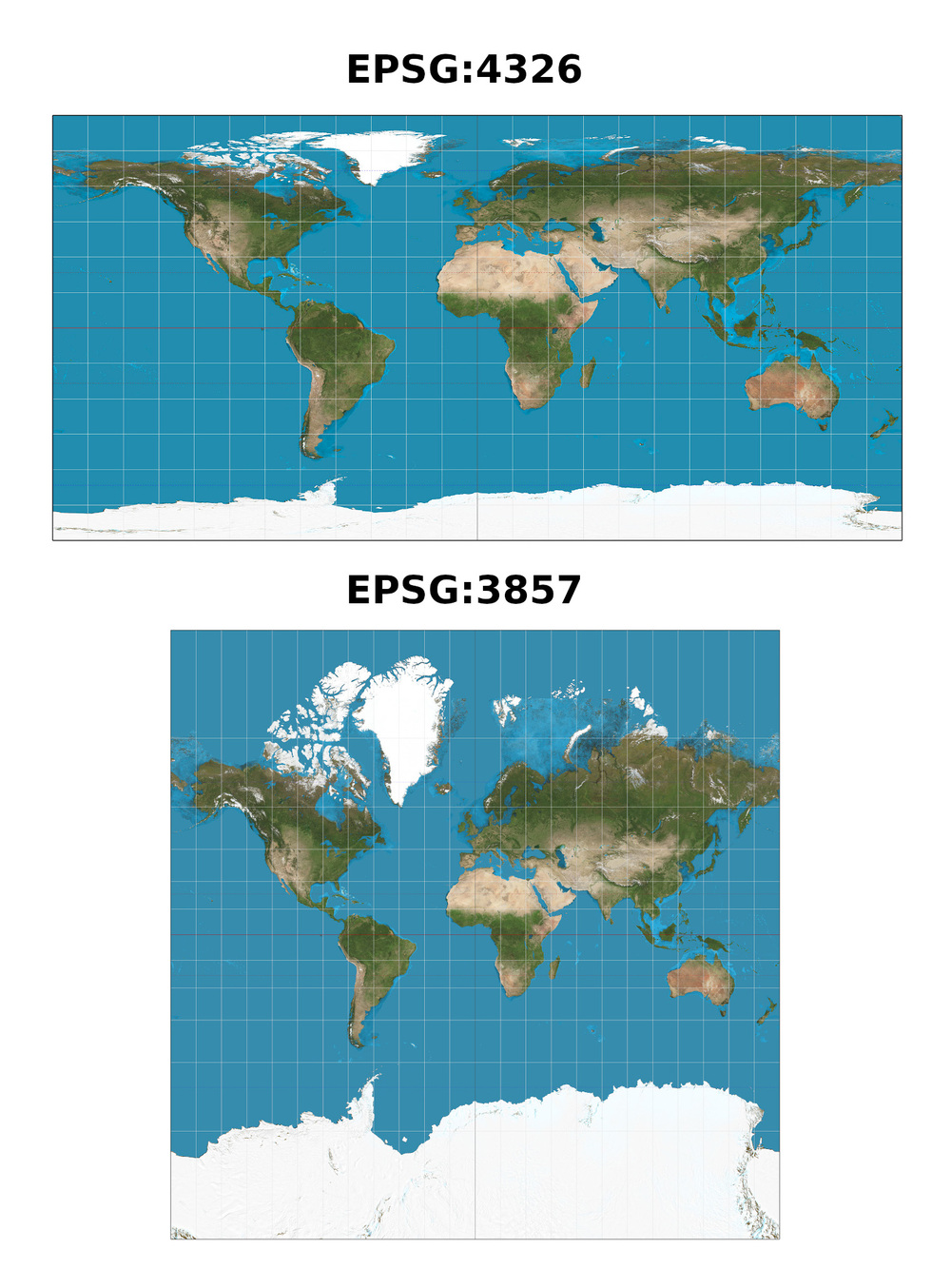 Data in one projection needs to be converted before it can be compared to points in another system. Which was necessary here, because I want to compare GPS coordinates from my dashcam (4326) to openstreetmap coordinates (3857).

I also realized later that osm2pgsql has a flag to use a different projection, but I didn't want to wait for another import to run.

To convert it to 3857, I can use the ST_Transform function.

Finally, the PostGIS distance operator <->, can be used to get the distance between two geospatial features. For example, a point and a line.

Which indicates the closest road to my car was at this point was Grayson Highland Lane: https://www.openstreetmap.org/way/20275195

Here's an overlay of the gps track (pink) from my dashcam on top of this road (grey): 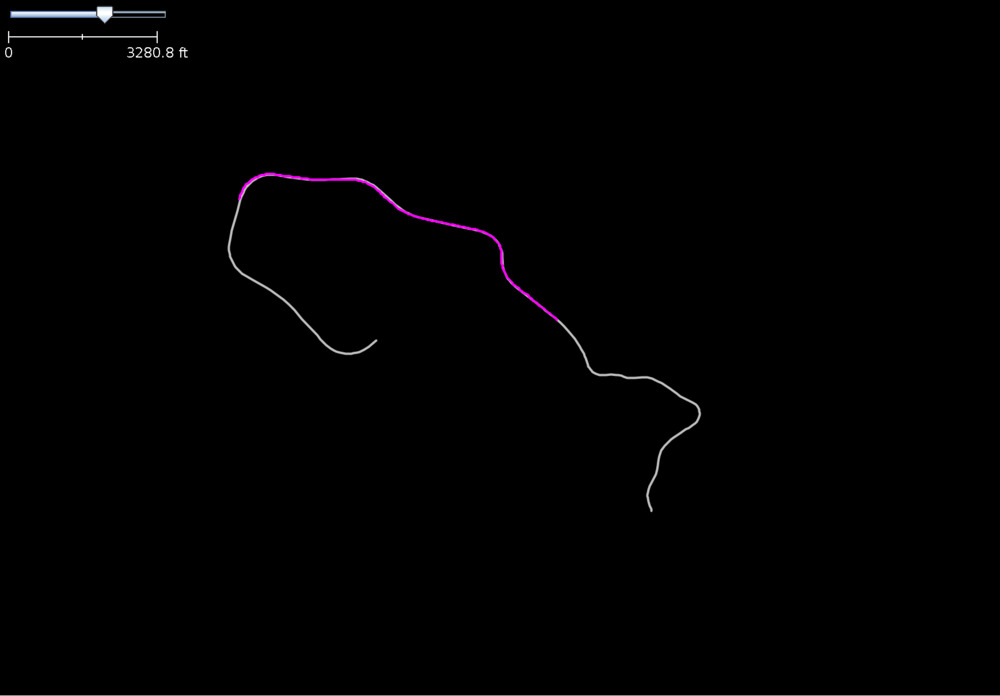 This indicates I found an exact match to the road in OSM. Success!

Putting this all together, I wrote some python scripts to:

After running this script on the video explored in part 1, I got several hits! 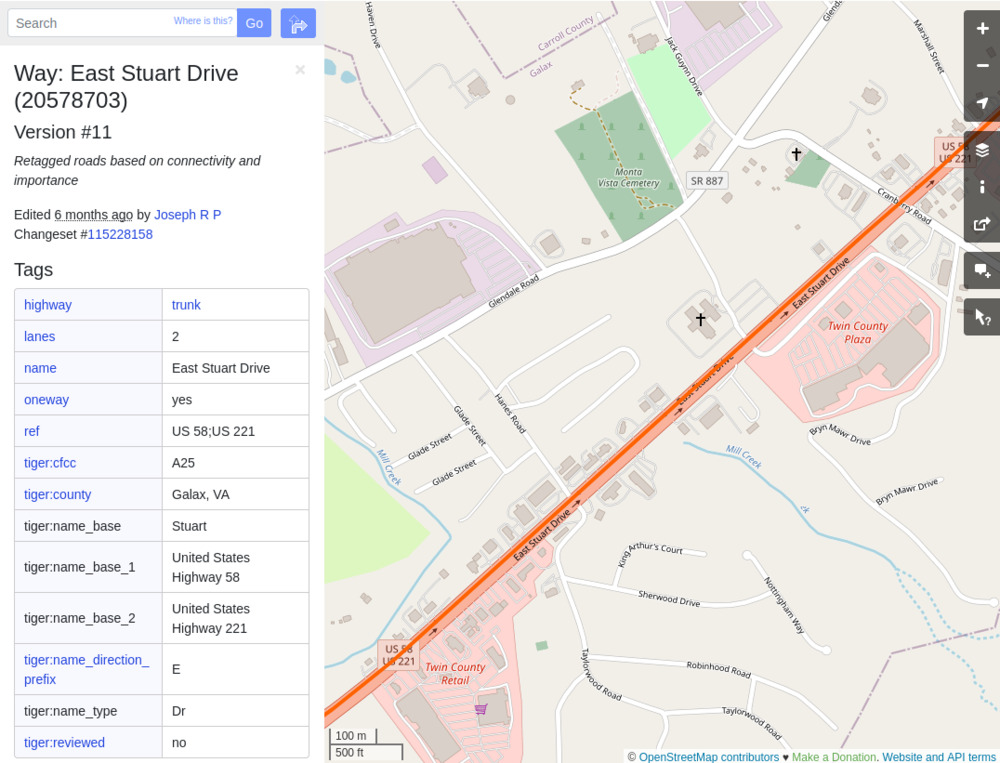 And the screenshot from my dashcam shows the speed limit here is 35. 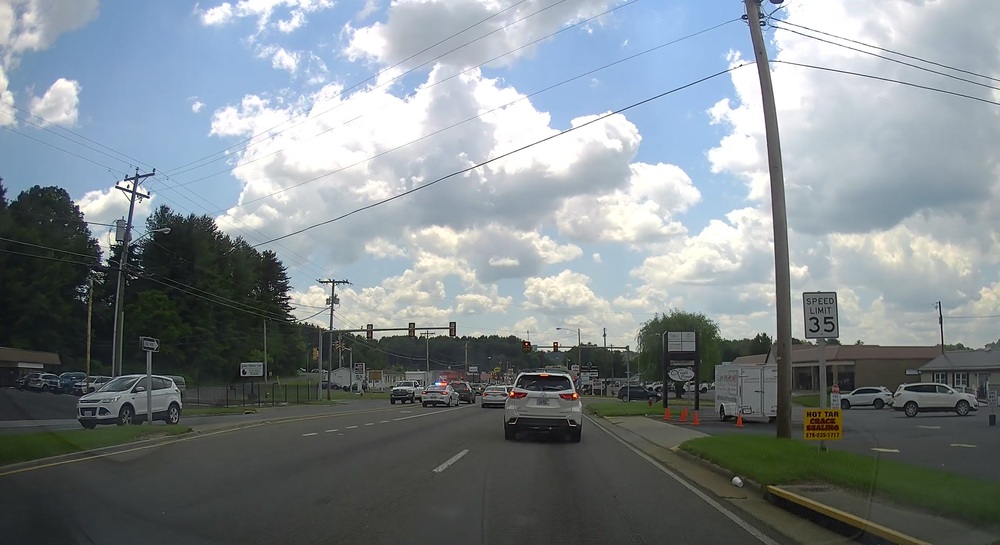 I consider this project a success! Now I can run the script on all my dashcam files to help improve openstreetmap. After this discovery was made, I added the tag to this road.

This project stores the needed configuration to import OSM data into a PostGIS database.

This project contains the code for running the pipeline from dashcam video file -> missing tag detection.